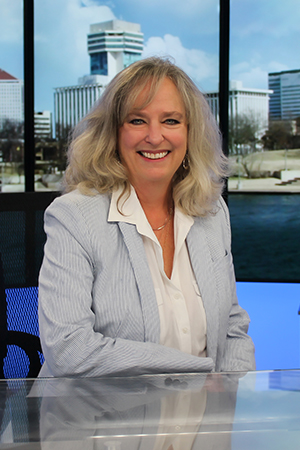 Karen was raised in Wichita and remembers walking into KTVH Channel 12 to pick up her dad from work.  Following in her father’s footsteps she started her media career at KWCH in 1987 working in production and promotion before leaving in ’92 to marry her husband Barry who she met while working here.  Karen has worked in a variety of businesses including banking and development/fundraising at local non-profits, but she always found her way  back in the media industry which is what she has always enjoyed the most.  Karen has worked at local radio stations and in a variety of departments at local television stations from promotion, news, production and recently as Creative Service Director.

Karen and Barry spent evenings and weekends watching their two sons play baseball and attending other school events. Now that the kids are grown, they are enjoying downtime at home, cooking, traveling, cheering on the Kansas State Wildcats and spending time with family.