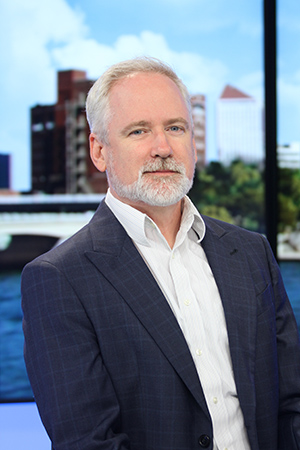 David is a career television account executive with over 30 years’ experience.  He’s worked at every commercial station in the market, as well as the Huntington-Charleston, West Virginia, and Kansas City markets, and since late December of 2016 has been the Director of Sales at KWCH and KSCW.  A graduate of Kansas State University, David also holds a Mini-MBA certificate from Wichita State University.  David is the former Past President of the Advertising Federation of Wichita, a founding member of the Broadcast Professionals of Wichita, a founding Board Member and current Vice President of www.dragonmaster.org, a 501c3 pediatric brain cancer charity formed in 2014, and he served for 7 years on the Marketing Committee for the United Way of the Plains.  David and his wife Amy have two children.  He enjoys volunteering, cooking for friends and live music.